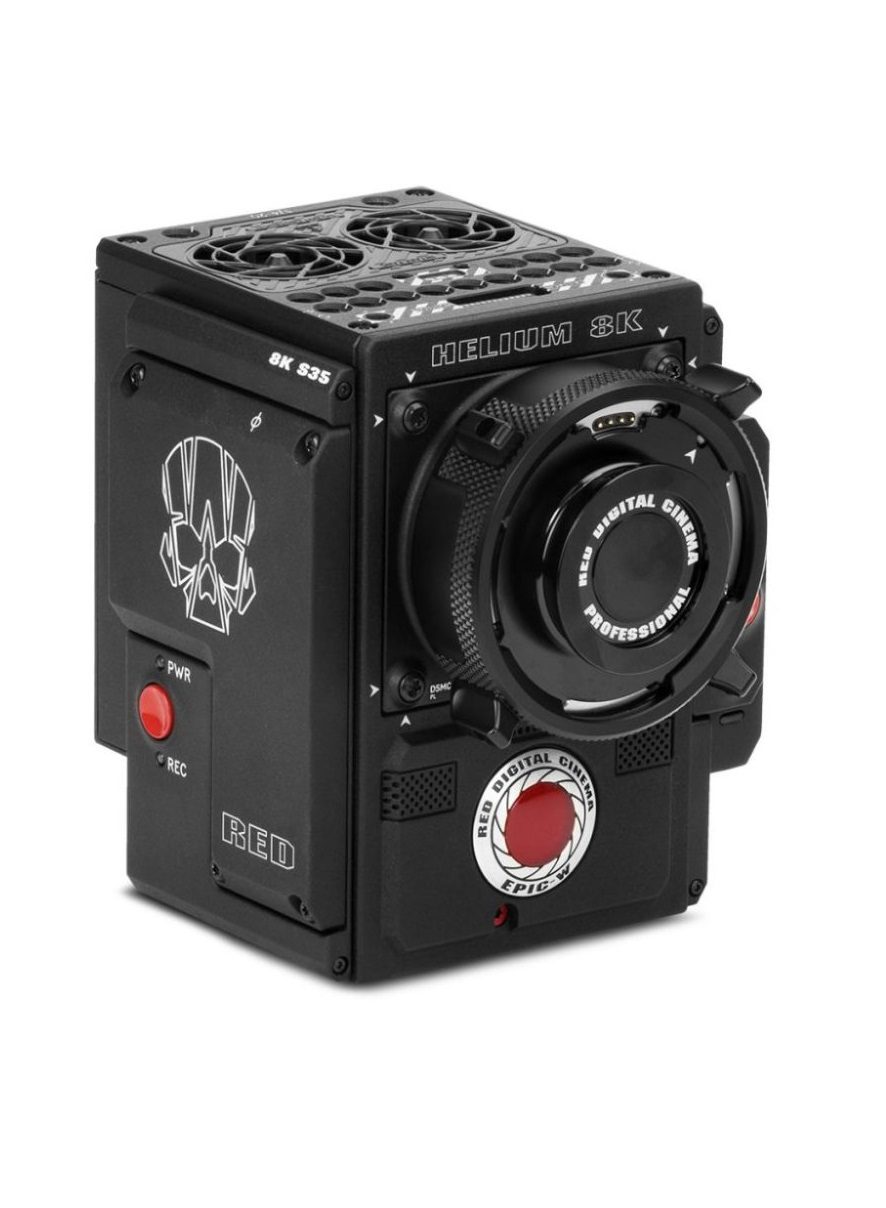 The Helium Sensor captures 6K with a regular S-35 image size without any crop, though acquiring at 8K may still produce vignetting with certain lenses.

Whilst the RED workflow is very well established, sometimes the quality of the RED codec is too good for small screen productions and it can sometimes be easier to use simpler codecs if you are shooting for TV or the internet.

The RED DSMC2 camera platform is completely modular and as such, offers a variety of different camera backs at a nominal additional charge to suit the specific application. 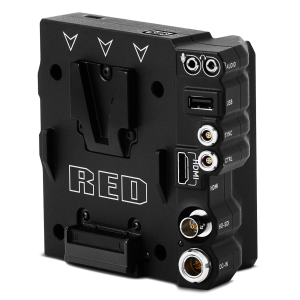 RED RED DSMC2 Base I/O V-Lock Expander (720-0045).  This is a compact V-Lock back with limited inputs and outputs to use in a very portable configuration. 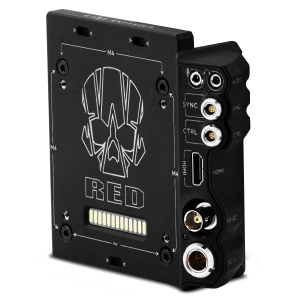 RED DSMC2 Base I/O Expander (720-0033).  This is an enhanced V-Lock back suitable also for compact portable configurations.

Manufactured from lightweight and durable magnesium, this low-profile module mounts directly to your DSMC2 BRAIN® and offers interface connections for power (DC-IN), HDMI, 3G-SDI (HD-SDI), CTRL and SYNC ports (for Timecode and Genlock), as well as a 3.5mm microphone input and a 3.5mm line-level headphone out. 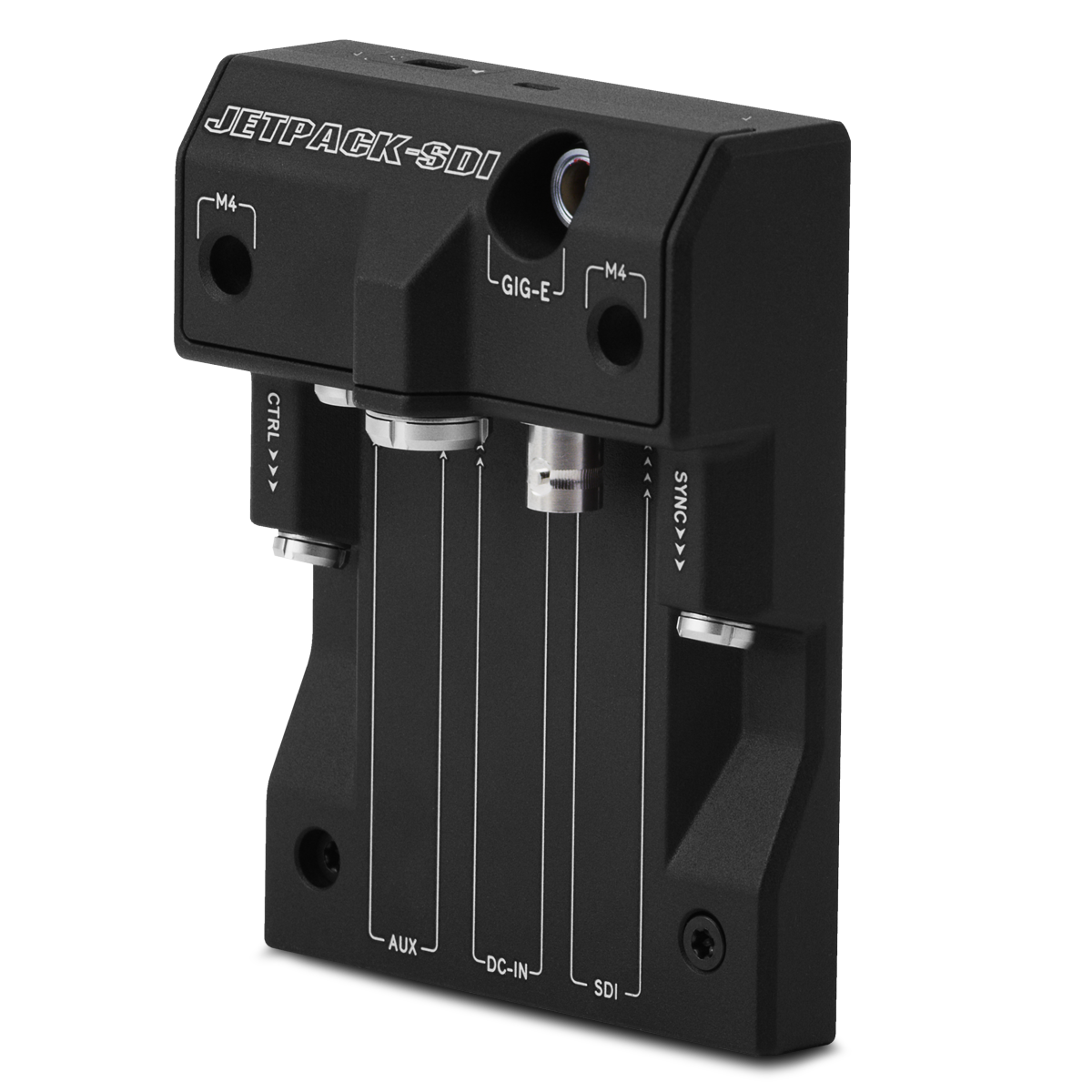 RED Jetpack back for DSMC2 (720-0048).  The most portable camera back with HDSDI camera output but no battery clip.  As such, the camera must be powered by 12V power supplied by 4 pin cannon cable and is only really suited to gimbal and similar applications .Featuring connections for power (DC-IN), SDI (3G-SDI), Gigabit Ethernet (GIG-E), AUX power, SYNC, and CTRL, the DSMC2 Jetpack-SDI Expander provides a low-profile expander solution. The 3G-SDI connection provides support for providing a signal to a remote monitoring solution, while the Gigabit Ethernet connection offers increased bandwidth for streaming high-quality footage. The DSMC2 Jetpack-SDI Expander is ideal for housings and low-profile configurations that require 3G-SDI outputs or computer tethering. 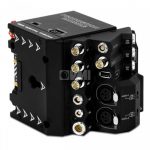 The module also features a selector switch that enables the BRAIN to automatically boot when power is provided via the DC IN connector on the module. This feature allows operators to use a connected DC input supply to turn the BRAIN on and off when the camera is mounted in remote or difficult to maneuver locations.

The introduction of the OFFHOLLYWOOD OMOD Command module takes integration to a whole new level with RTMotion WLCS, and other soon-to-be announced Lens Control systems all effectively built into the latest RED cameras

Integrated RED PLUS system allows the lens control motors to plug directly into the camera system and add the following functionality:

Connect Lens Control servo motors directly to the camera, since the wireless lens control receiver is built into the camera and this will integrate with RTMotion WLCS systems without external brain being fitted to camera.

Wireless timecode and meta-data functionality from with AMBIENT’s ACN.  This includes a built-in lockit box.

This is the ultimate in camera integration to make the systems extremely elegant and devoid of the ‘rats nest’ of cable and peripherals that drama crew have been accustomed to working with.